Having been promoted to La Liga for the first time in club history, Northern Spanish club SD Huesca has launched its new 2018-2019 home, away and third kits. The kits are made by Kelme, which became the club’s official sponsor ahead of next season. 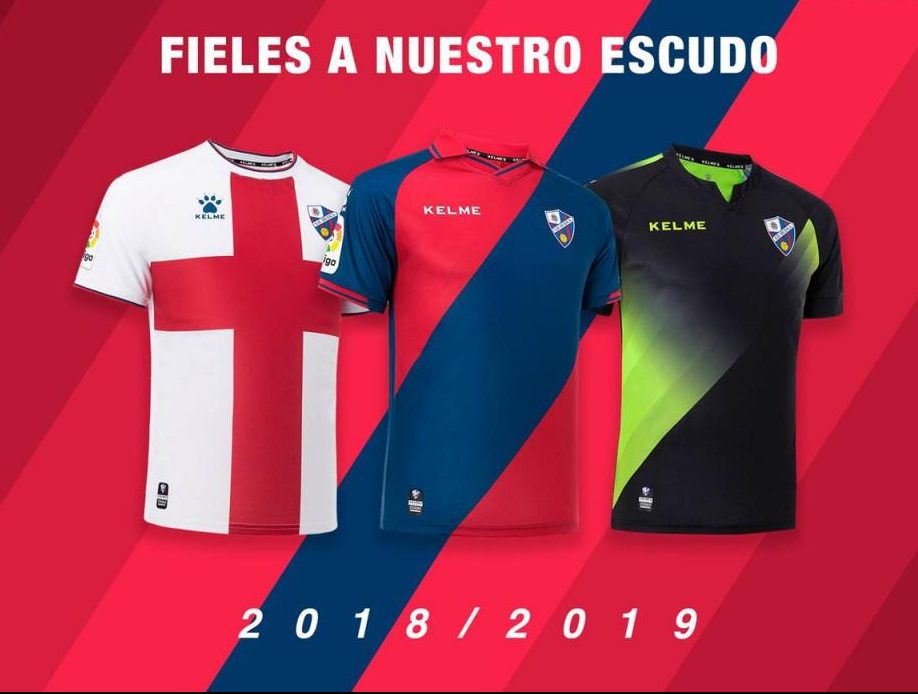 The new Huesca home jersey drops the tradtional blue and red stripes for an interesting new look that features a single broad blue stripe on a red background. The sleeves are blue with a bit of red trim on the cuffs, whilst a classic collar rounds off the design. 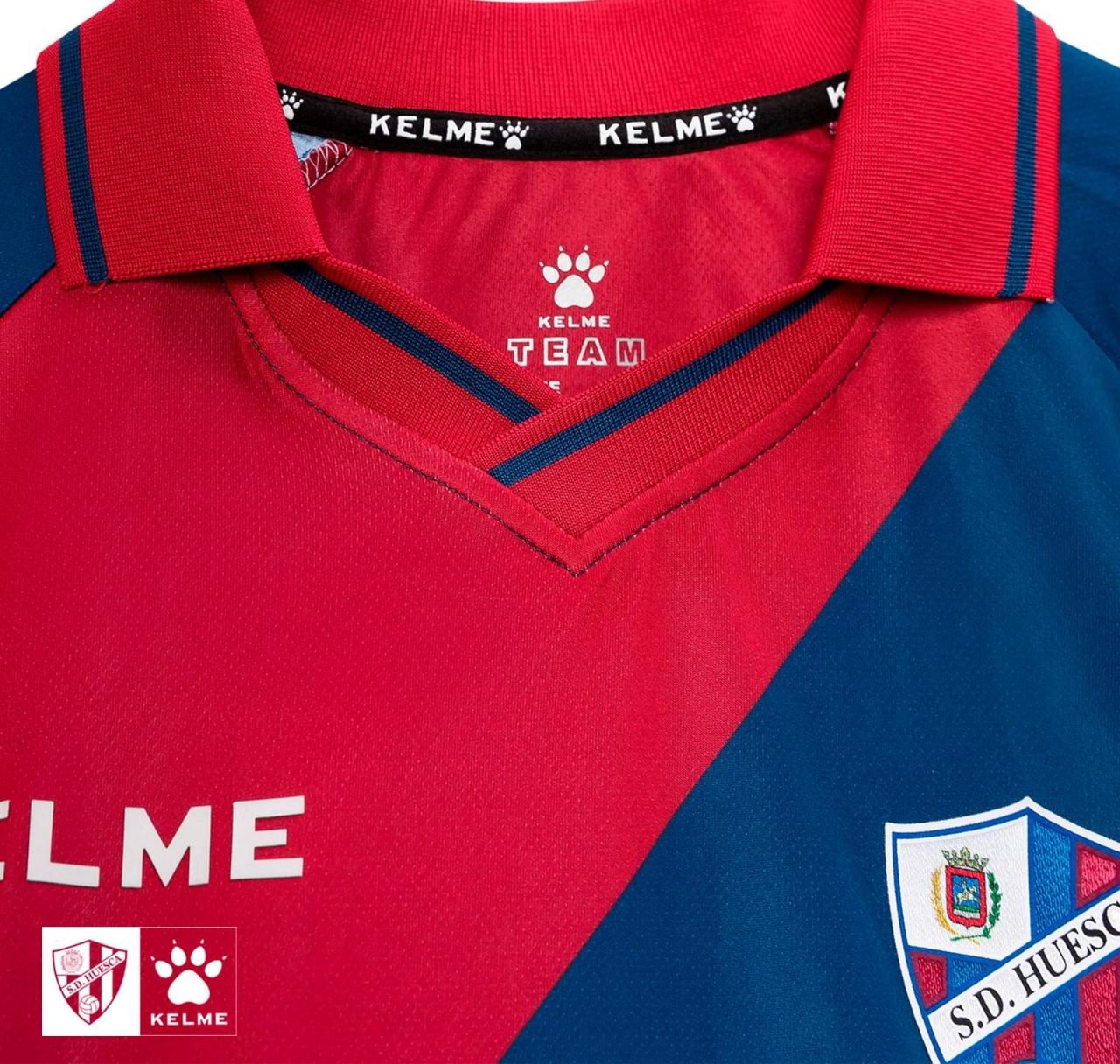 The new Huesca 2018-2019 away shirt is more standard, boasting the club’s preferred St George’s Cross look, an element charged with symbolism due to its link with Aragón, the Spanish region Huesca is from. 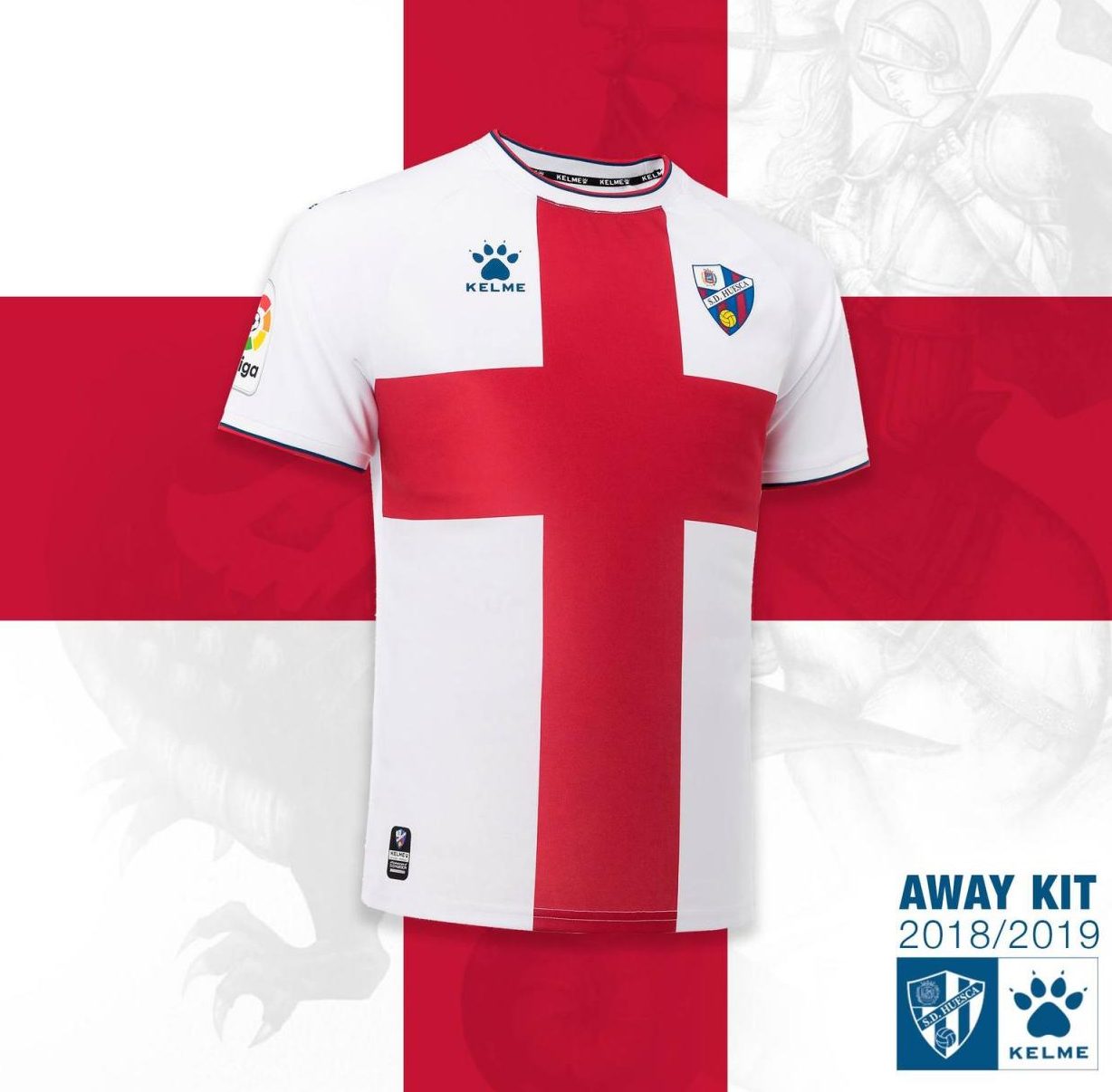 Completing the set is the Huesca 18-19 third kit, which is black with lime green. 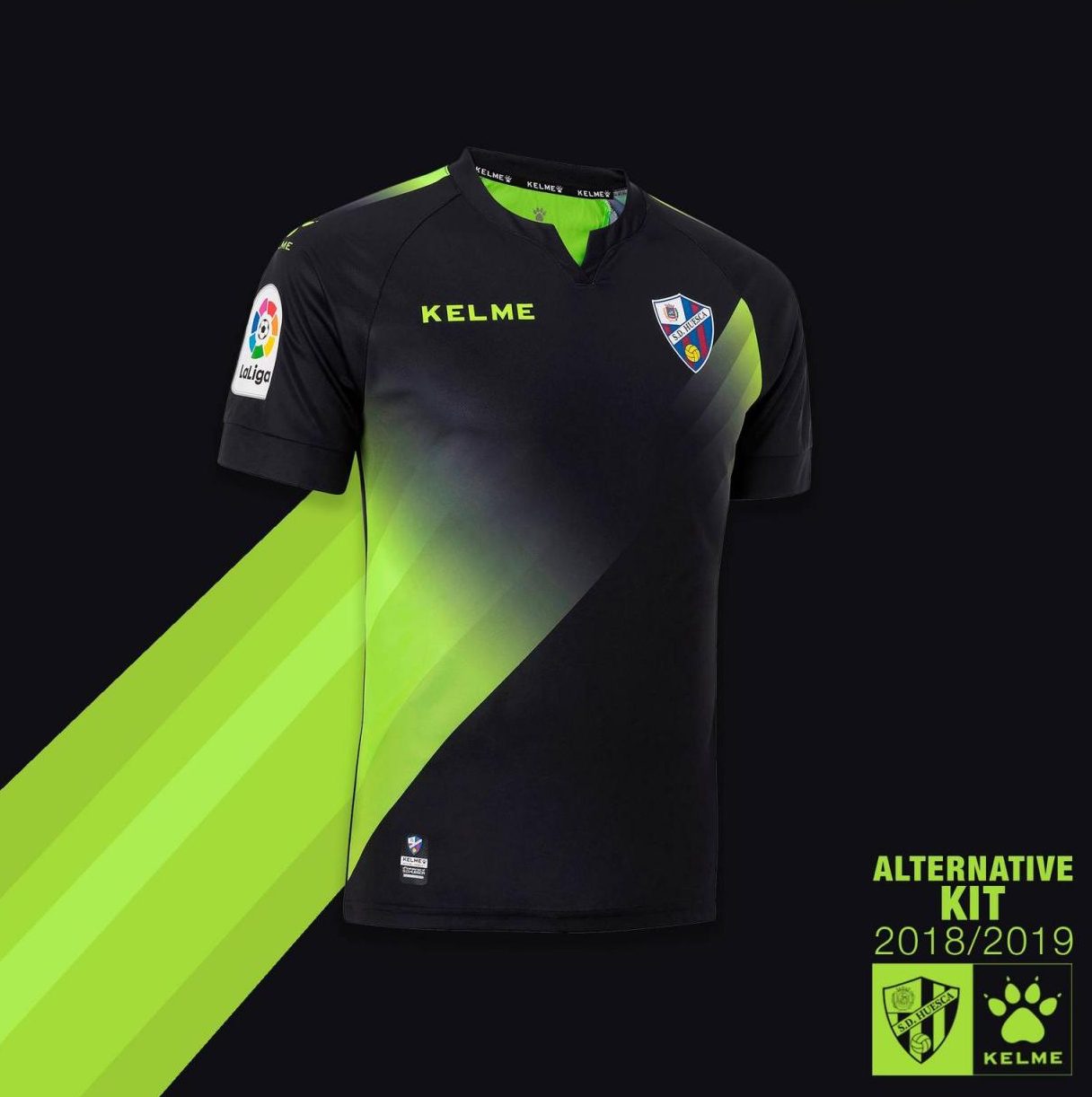