The new Jordan PSG 18-19 Champions League kits were finally revealed, together with the rest of the collection. They will be available to buy from tomorrow, September 14, and will be debuted in the game against Liverpool on September 18. 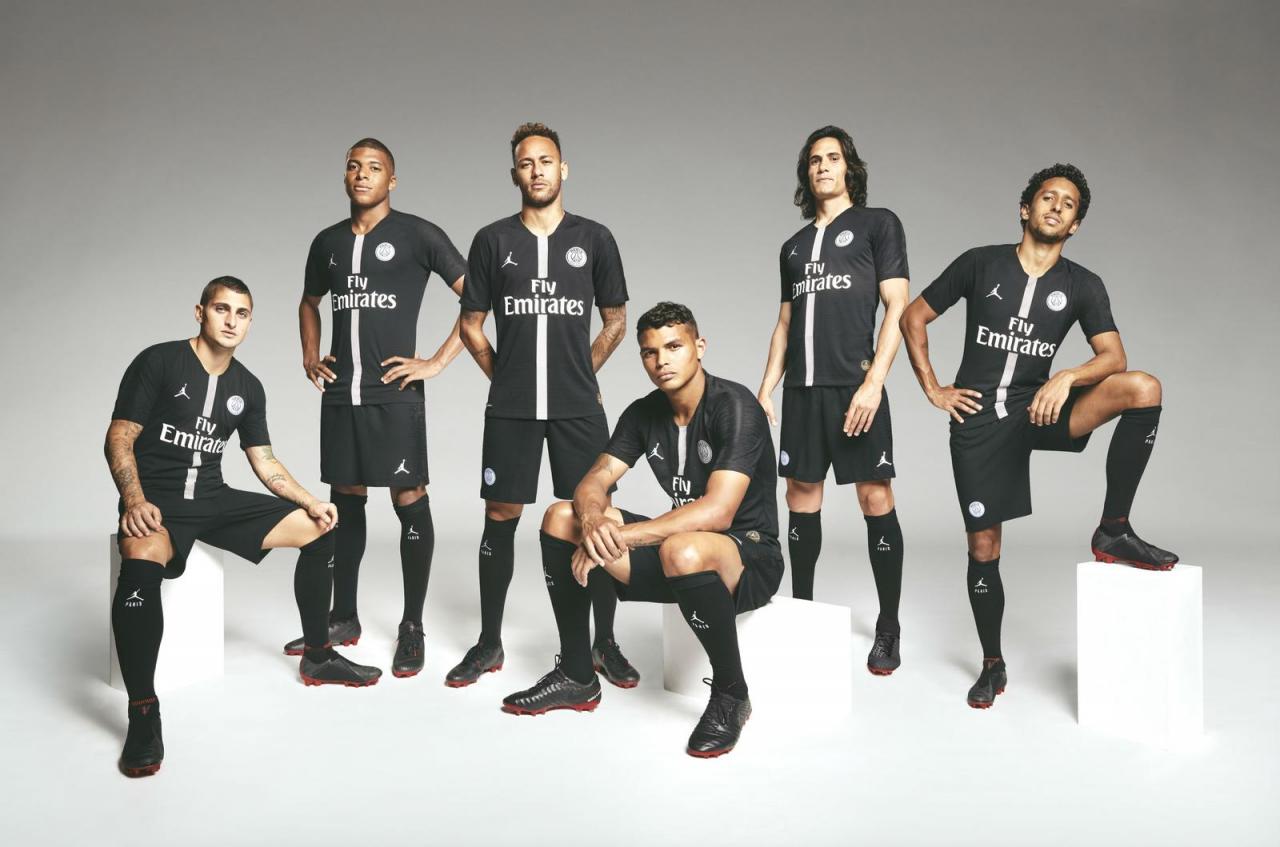 Released in place of a third kit, the two Jordan Paris Saint-Germain soccer uniforms will be used exclusively in the UEFA Champions League.

The Jordan Paris Saint-Germain Champions League shirt is black with a white stripe down the center and a white Jumpman on the right chest. 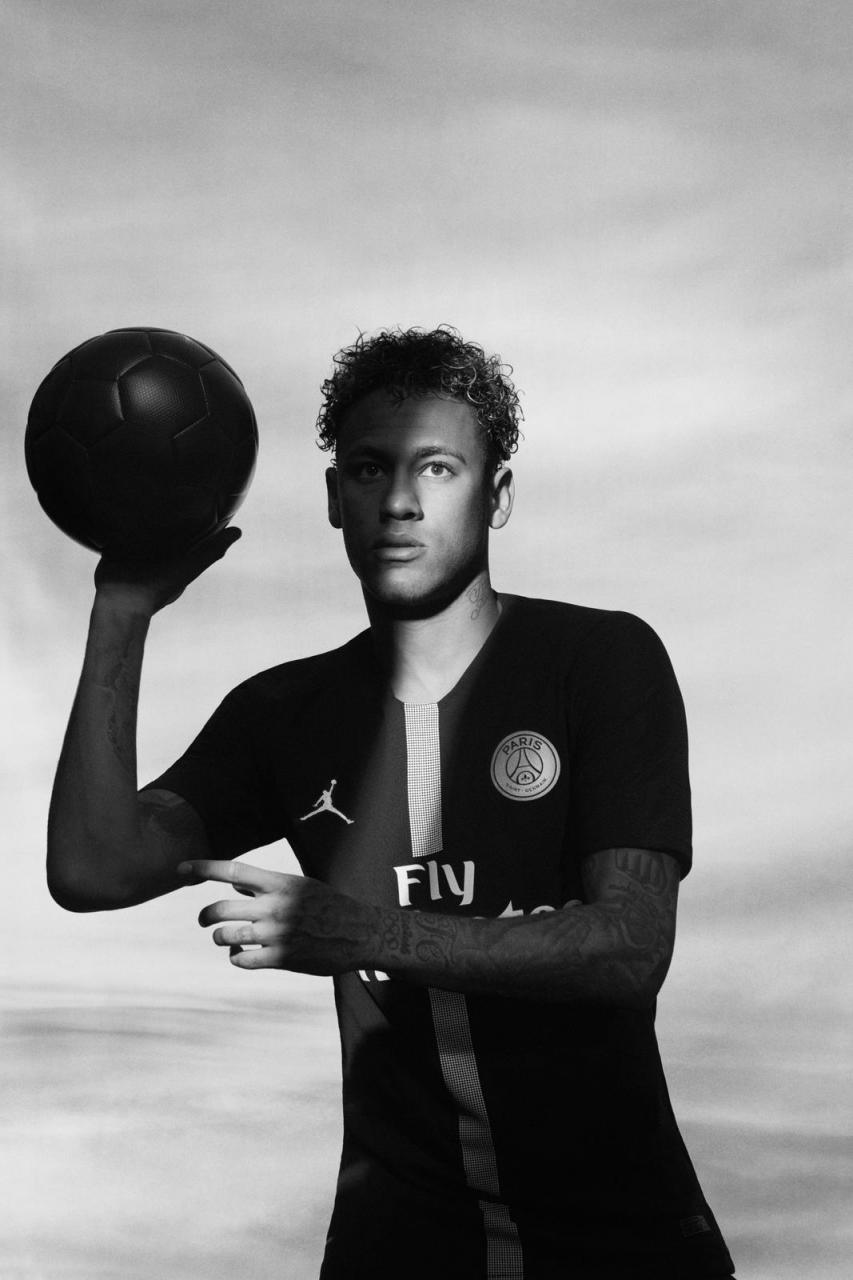 A special jock tag logo can be seen on the bottom left of the Jordan x PSG shirt, whilst a stripe back neck tape rounds off the clean look alongside the special ‘PARIS’ logo on the inside collar. 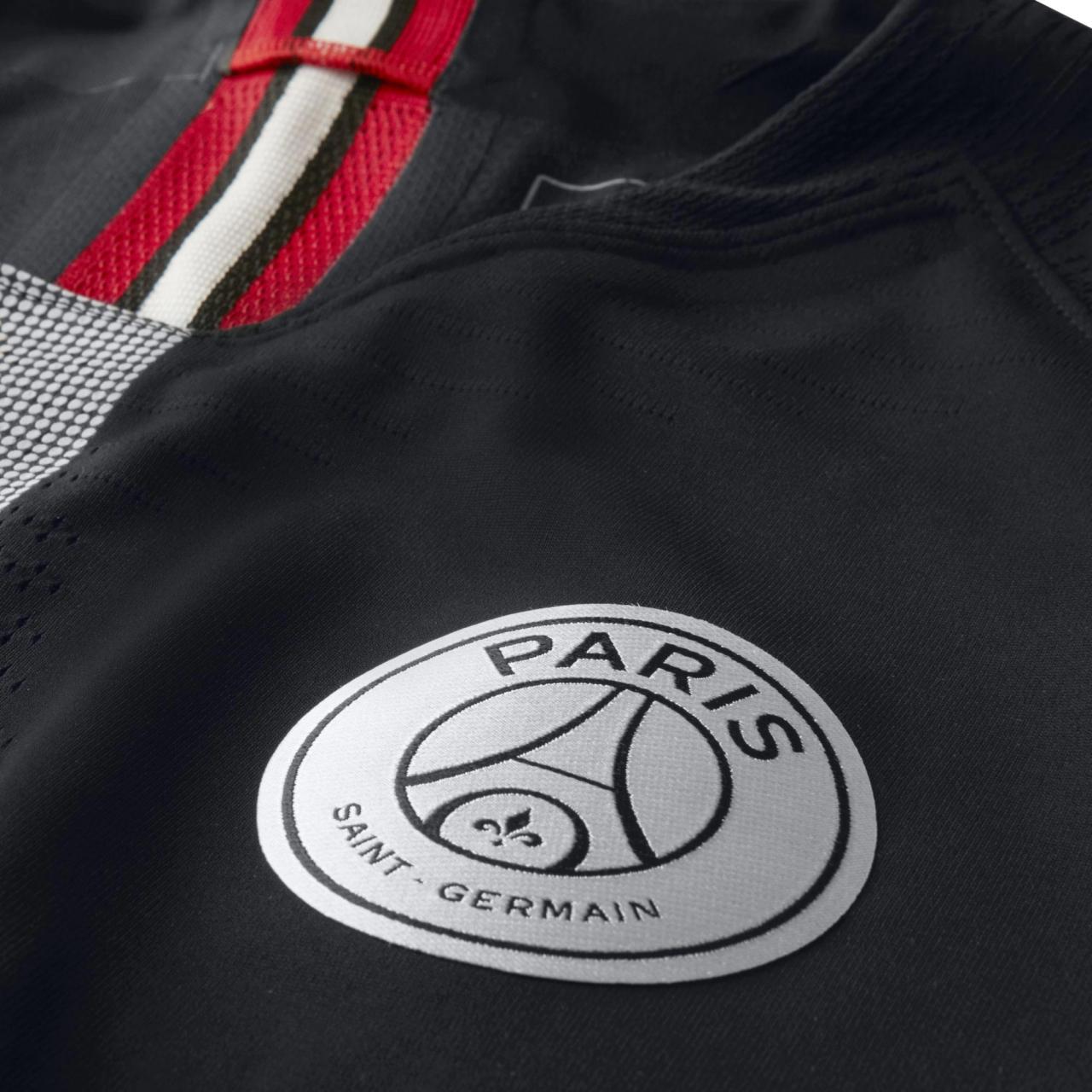 The PSG Jordan player jersey is predominantly white with a dotted center stripe running down on the front in black. The club crest is featured in a black-and-white edition on the left chest, opposite of a black Jumpman logo. 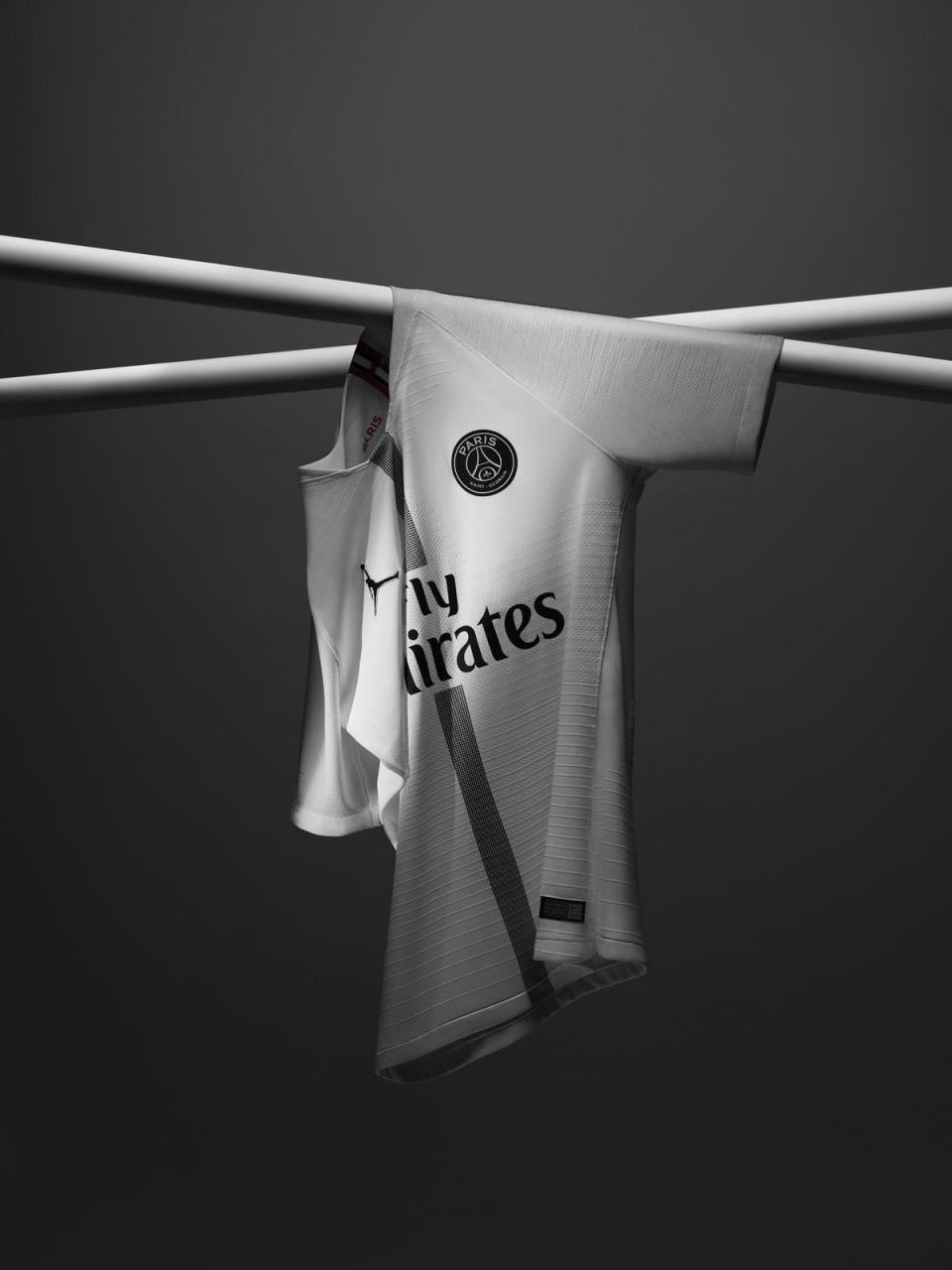 The shorts and socks of this kit are white with black brandings.

The Jordan PSG 2018-19 goalkeeper football kit is of a pinkish red base color with black trim and a tricolor detail on the back neck tape, mirroring what can be found on the Air Jordan sneakers. Unlike on the shoes, the original PSG crest is used, albeit in a modified black-red color scheme, with a dotted center stripe rounding off the clean look of the Jordan PSG 18-19 soccer shirt.