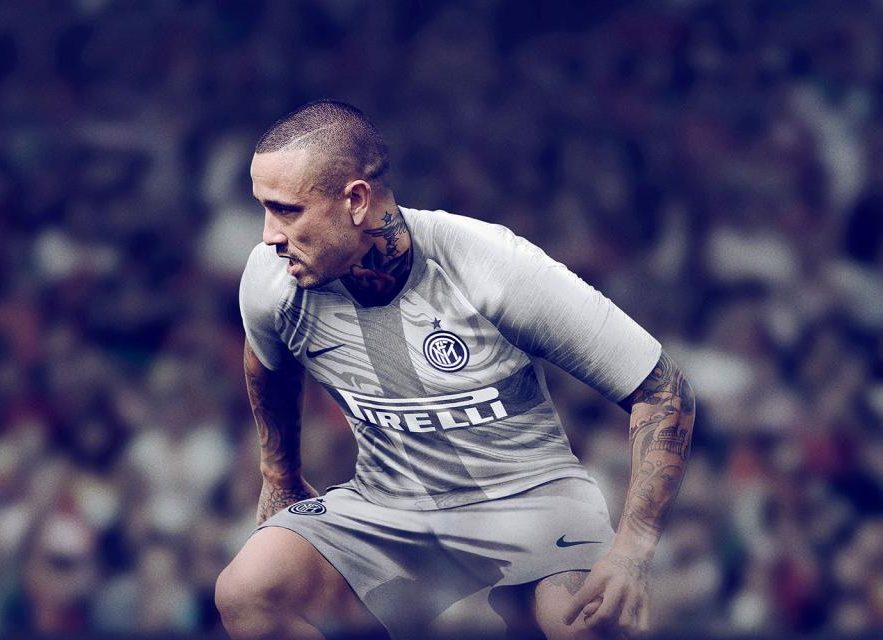 “We feel this kit is rich in Inter DNA,” says Pete Hoppins, Nike Football Apparel Senior Design Director. “The Duomo and the St. George cross are Milanese icons and mean a lot to the Inter supporters. This kit is about Inter’s identity and paying tribute to the city and the people they represent.” The Inter 2018-19 third kit features a cross graphic, inspired by the Milan flag. The cross comes with an image of the city center and the surrounding area of the Duomo cathedral at the center of the jersey. Additionally, there’s a graphic pattern inspired by the marble floors of the Duomo. 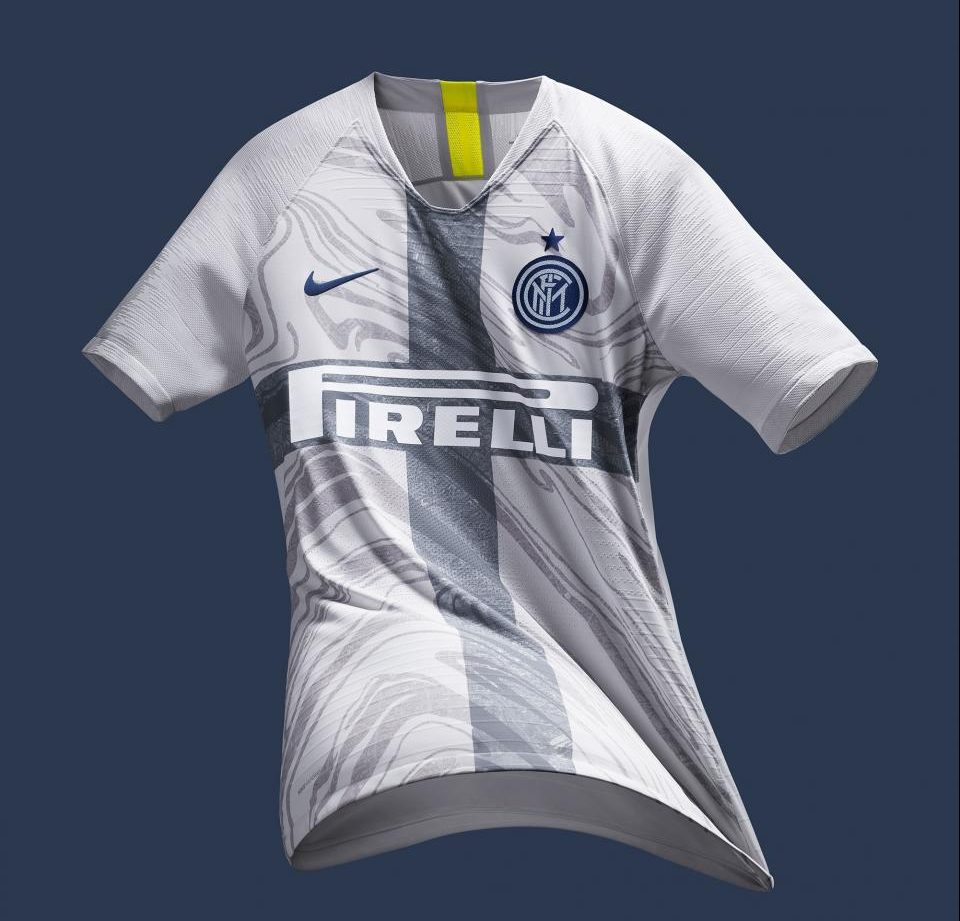 The Inter 18-19 third shirt is predominantly light grey with dark blue and silver logos. The template of the Inter 2018-2019 third jersey is the latest Vapor Aeroswift template. 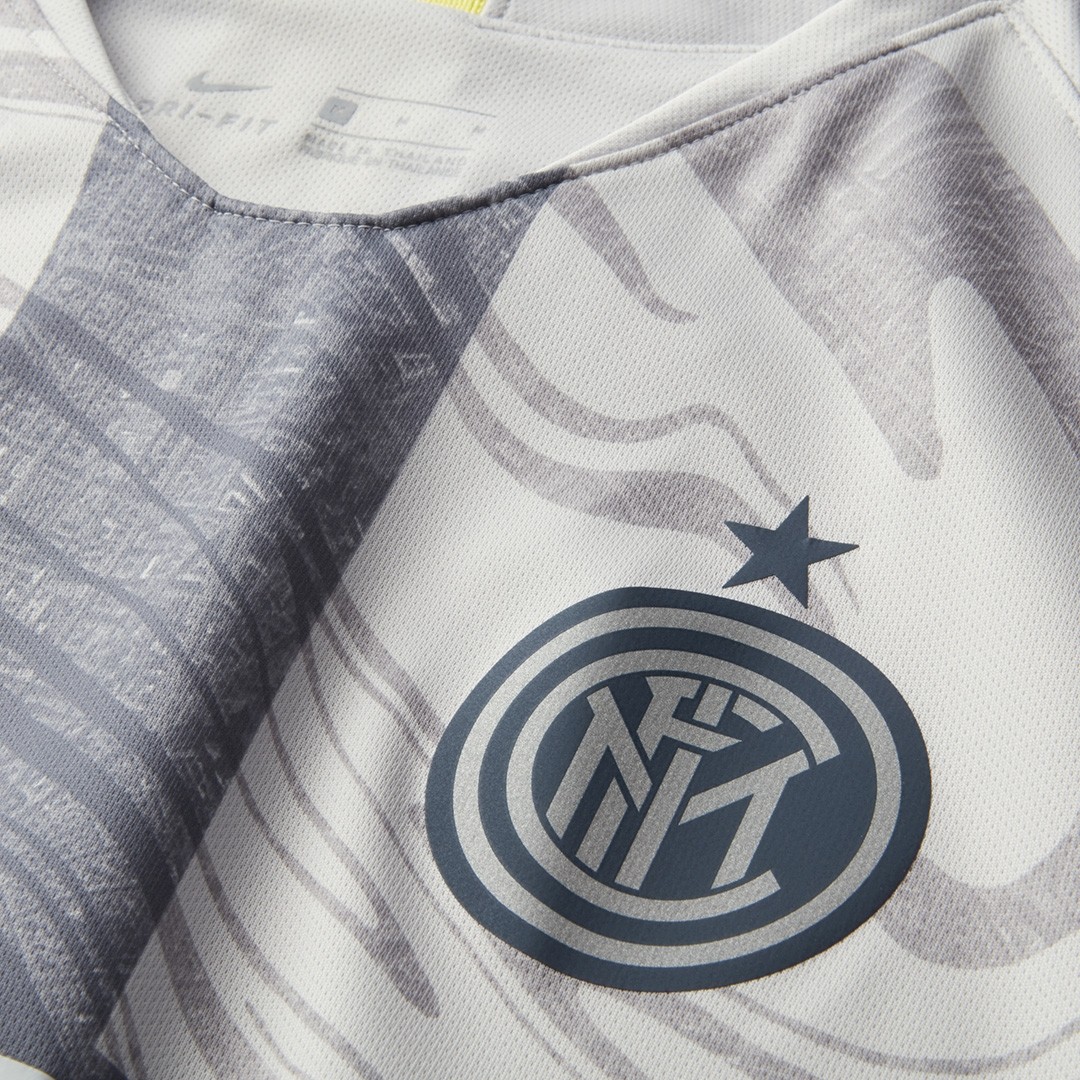 The Pirelli logo is placed on inside the cross, colored white. Finally, there’s a yellow tape at the back of the collar of the new Inter third kit.

Shorts in the same color as the shirt will be used together for the new Inter 18-19 third kit.