This is the new Valencia away kit 2018/19, VCF’s new alternate strip for the upcoming La Liga season. The new VCF change shirt was officially unveiled on May 20, 2018, ahead of Los Che’s clash at the Mestalla against Deportivo La Coruna. The club, playing in the new kit, won that game 2-1 thanks to goals from Zaza and Guedes. They’ve also qualified for the Champions League next season after finishing fourth in La Liga. 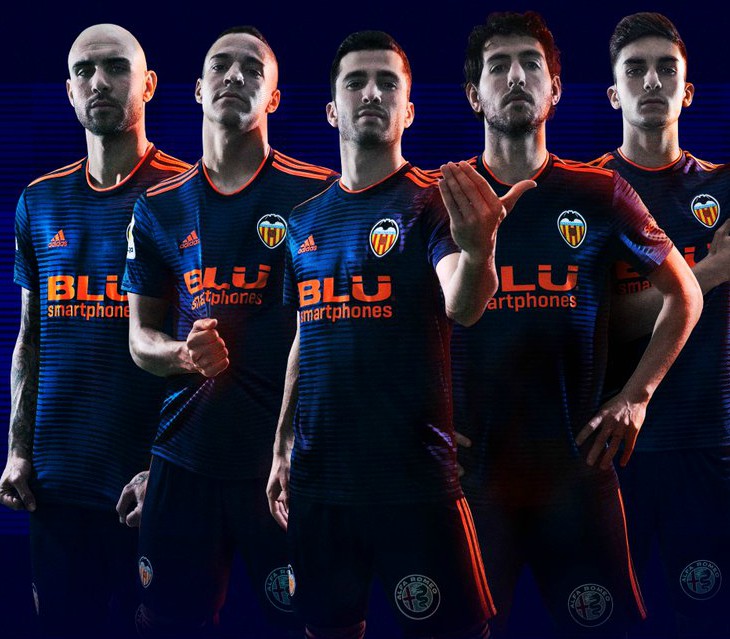 The team make a bold statement outside the Mestalla, with the Valencia CF 2018-19 Away Shirt inverting their signature alternate colours for the first time since the 05-06 season to create a modern-looking kit with vibrant orange details standing out against a deep navy backing. 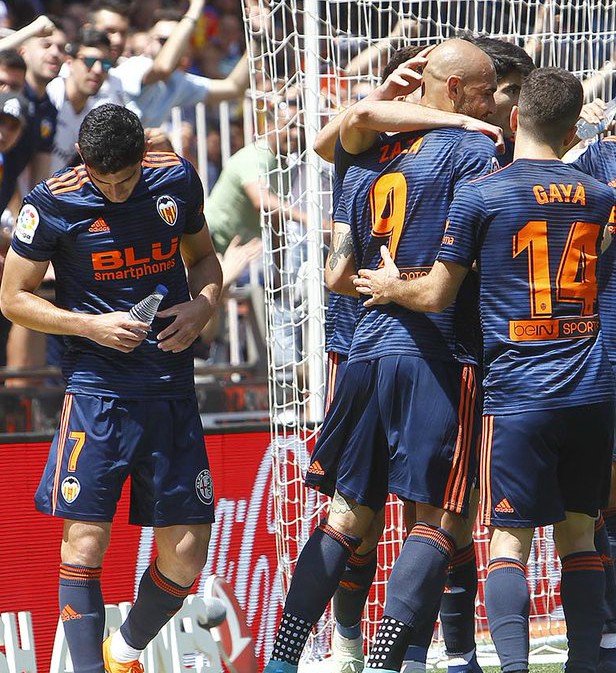 The new away kit, based on an oft seen Adidas template, has Blu as its principal shirt sponsor and BeIn on the back, with Alfa Romeo appearing on the shorts, as can be seen in the pics below. 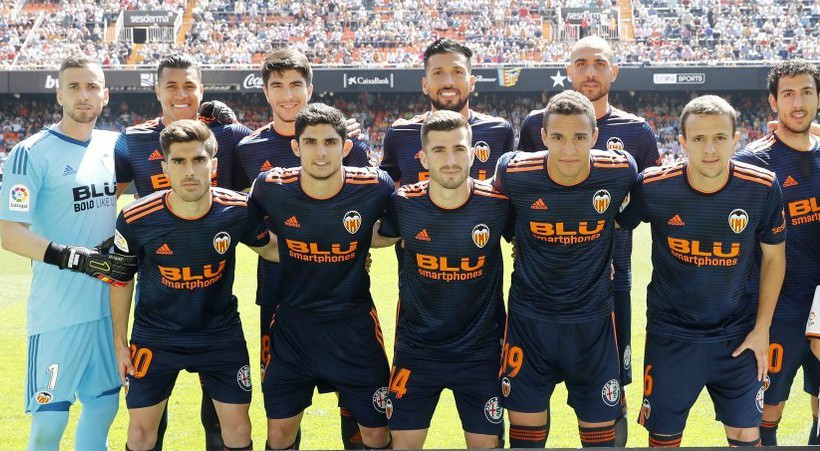