The new Saint-Etienne 18-19 home, away and third kits were launched. They are again made by Le Coq Sportif, who signed a deal with the French club back in 2015, replacing Adidas. 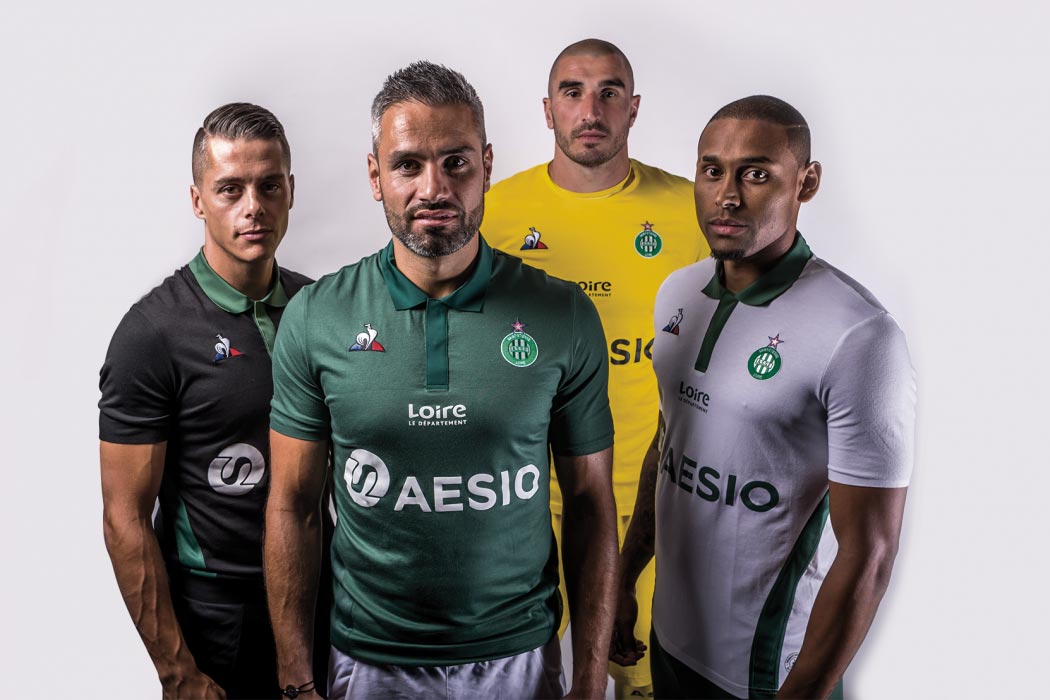 Frédéric Paquet, General Manager of AS Saint-Etienne: “In 2015, Le Coq Sportif chose to equip only one football club in France: AS Saint-Etienne, which we have been proud to support for three years. The development of an equipment manufacturer that manufactures our outfits in France and to be among its main partners alongside other major institutions such as the Tour de France and the XV of France. 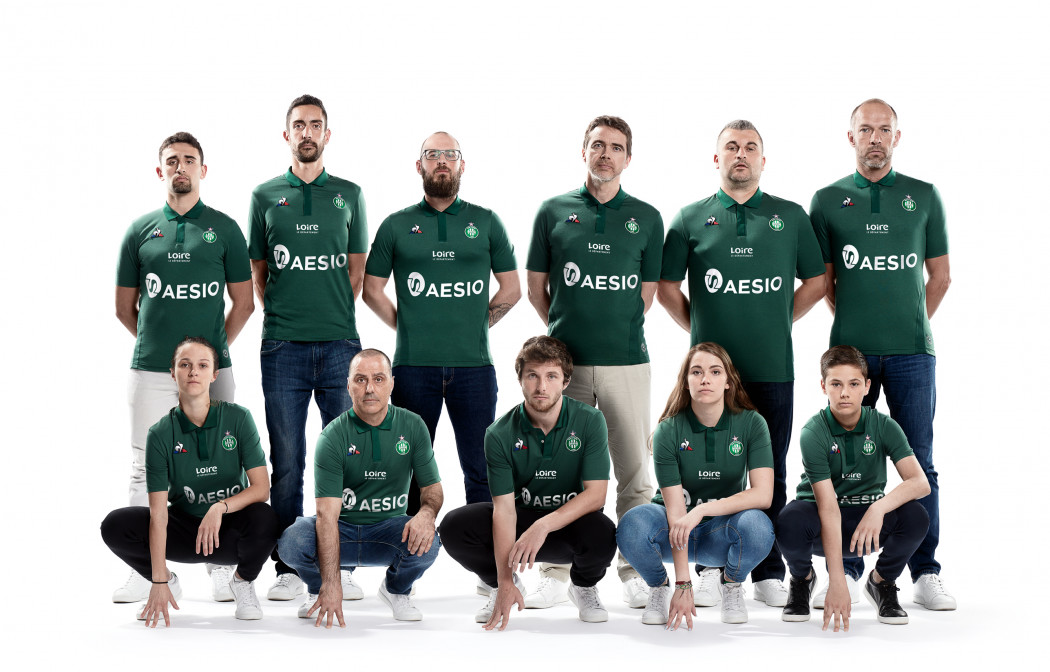 Our partnership makes all the more sense that Le Coq Sportif shares the same values ​​as ASSE. The green jersey represents precisely values of courage and solidarity that each player must appropriate when he wears it. The cock sportsman knows perfectly the DNA of our club and designs outfits that totally embody our identity.” 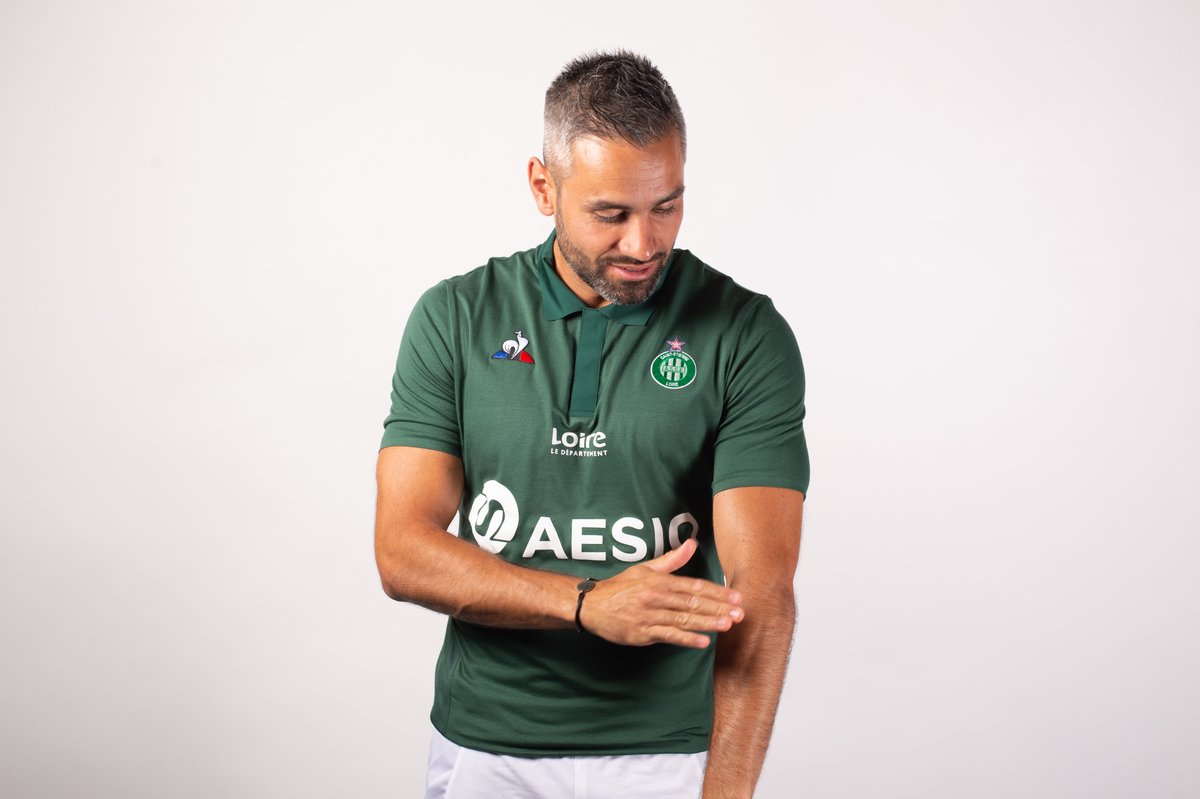 To allow better wicking of sweat, the organic cotton and elastane are mixed with recycled polyester. The shirt is also worked around bands of green vents on the sides of the jersey, for a feeling of comfort throughout matches. The collar has been redesigned and modernised by a straight cut and a magnetic button.

AS Saint-Etienne and the Le Coq Sportif presented the new away kit for the 18/19 season.
Saint-Etienne will wear an outfit entirely fabricated in France, developed in the workshops of Le Coq Sportif. The away jersey is composed of organic cotton. 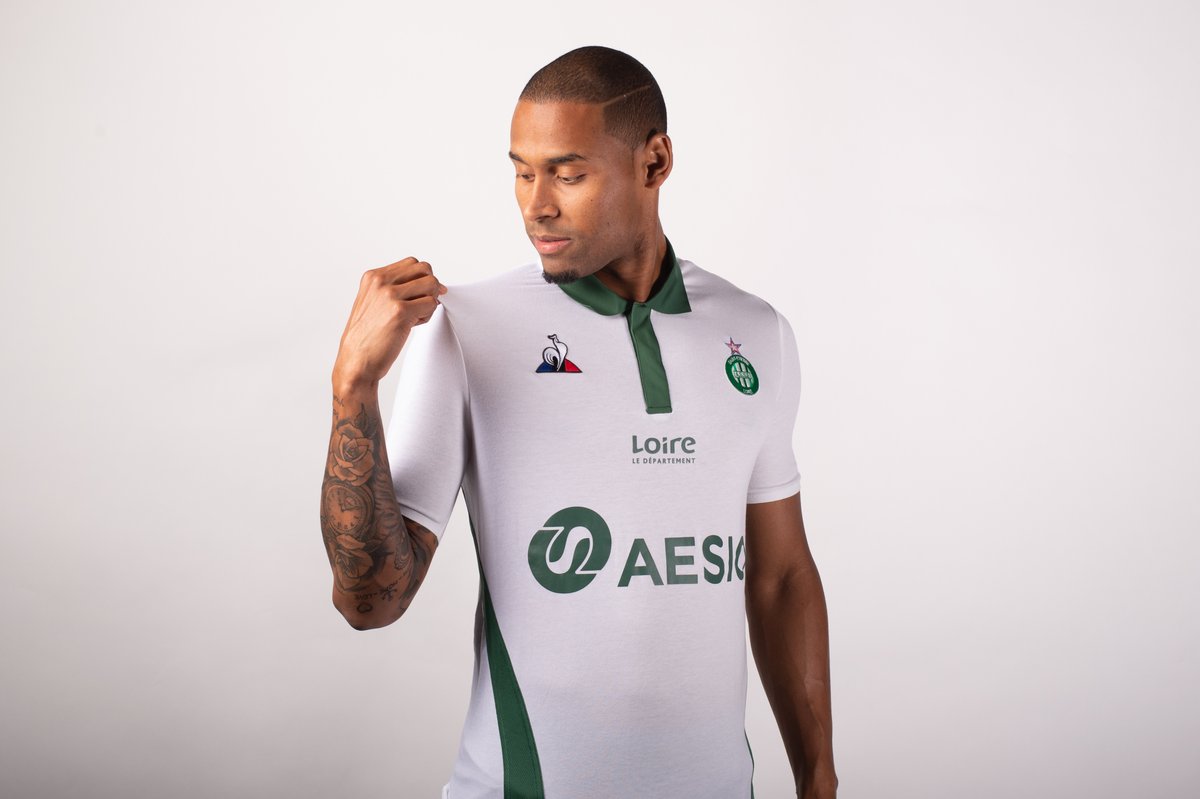 This jersey uses the iconic colours of the club: white and green. The design is identic to that of the Home Jersey. It is emphasized by the mesh technical bands on the sides of the jersey, assuring comfort and breathability.

AS Saint-Etienne and the Le Coq Sportif presented the new third kit for the 18/19 season.Saint-Etienne will wear an outfit entirely fabricated in France, developed in the workshops of Le Coq Sportif. The black jersey is composed of organic cotton and is inspired by coal, representing the town’s coal mining history. 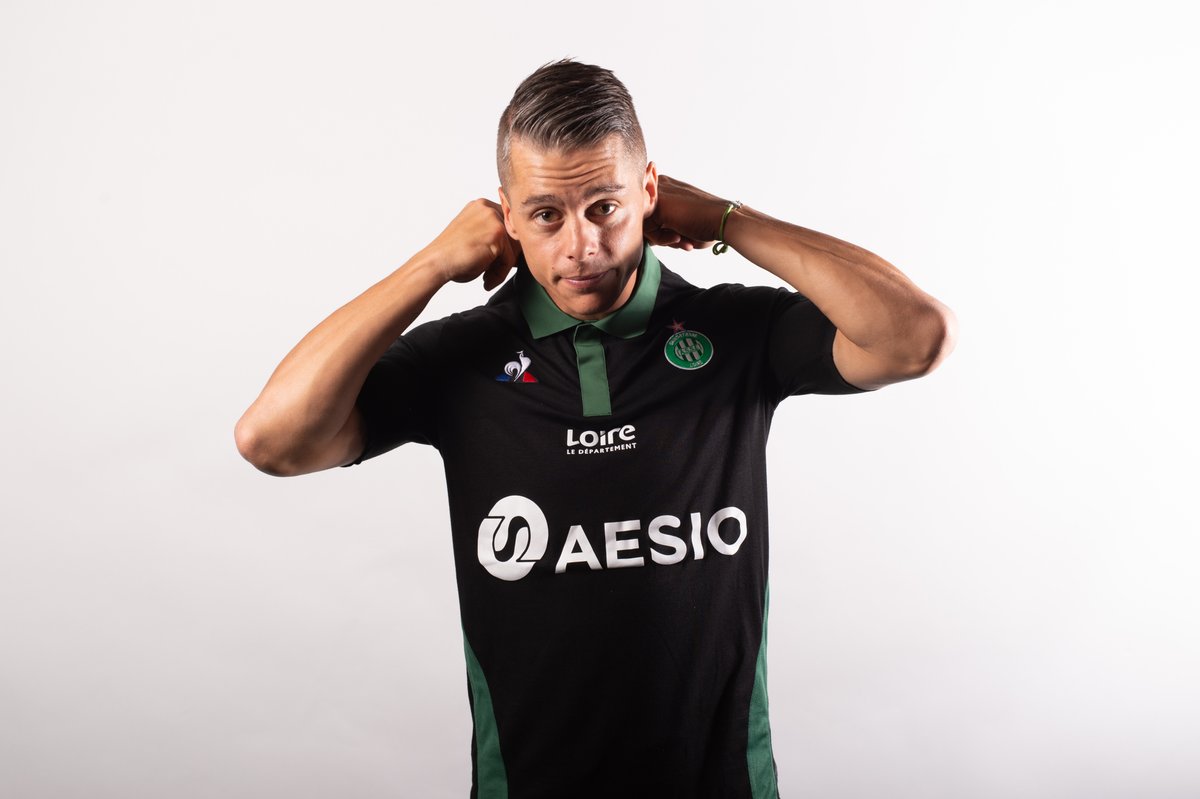 AS Saint-Etienne offers each new player a miner’s lamp symbol of the values ​​of solidarity and work in which the Green People are recognized. In proud of this heritage, AS Saint-Etienne’s 18-19 away jersey is black, representing the mine and coal. The lamp is also on the inside of the neck. Behind this miner’s lamp are a pickaxe and a hammer cross, recalling once again that the Cauldron is built on ancient wells.