The new France WC 2018 kits, the French national team’s uniforms for the 2018 World Cup and other international games in the 2018/19 season. Made by Nike, the new Les Bleus World Cup jerseys were officially unveiled on 15 March, 2018.

The new 2018 France home kit by Nike recreates the tricolor from head to toe, a sophisticated placket collar carries a button embossed with the national motto, “Liberté, Egalité, Fraternité.” 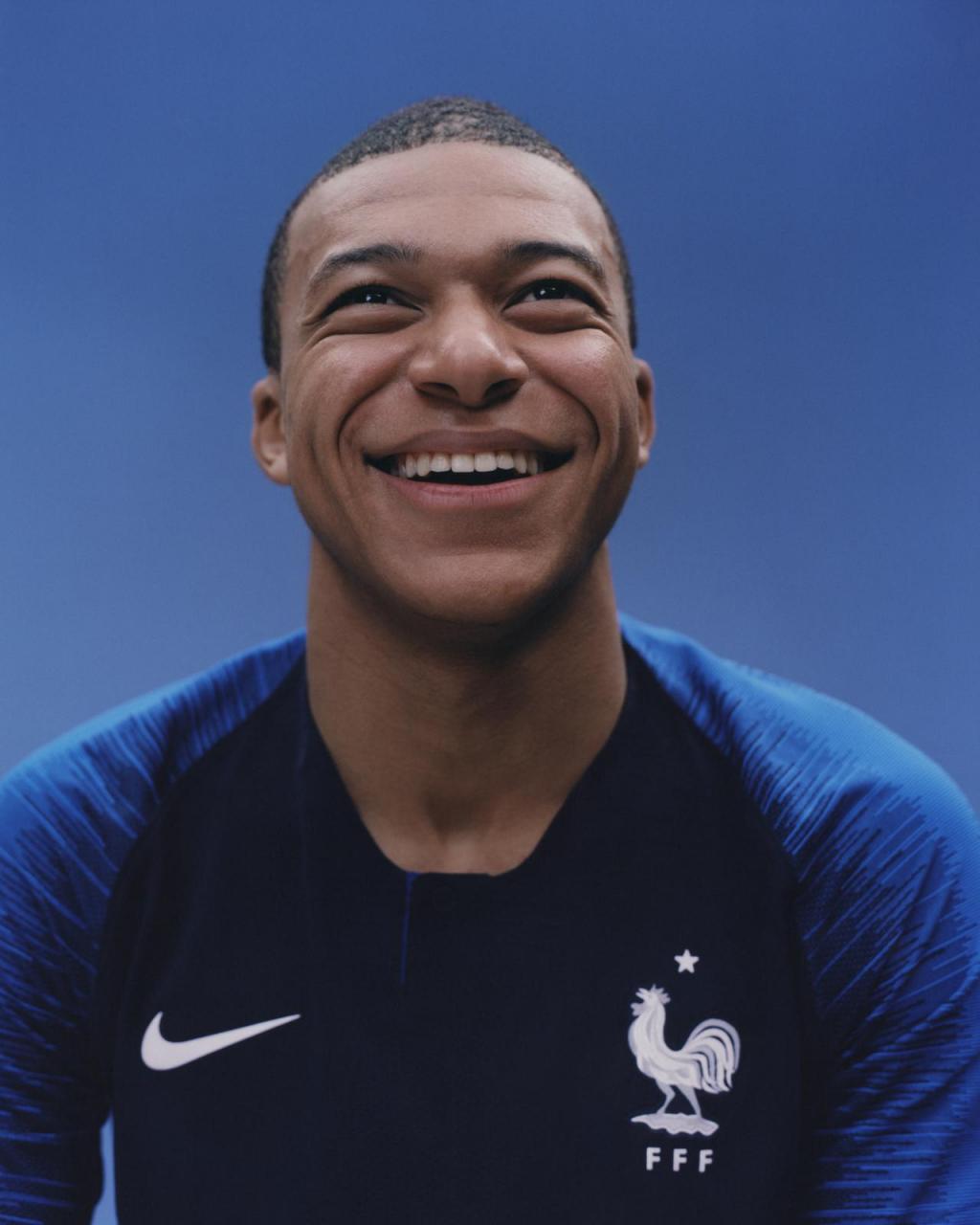 The new French World Cup home shirt is navy blue, with a graphic pattern on the sleeve, and will be paired with white shorts and red socks. 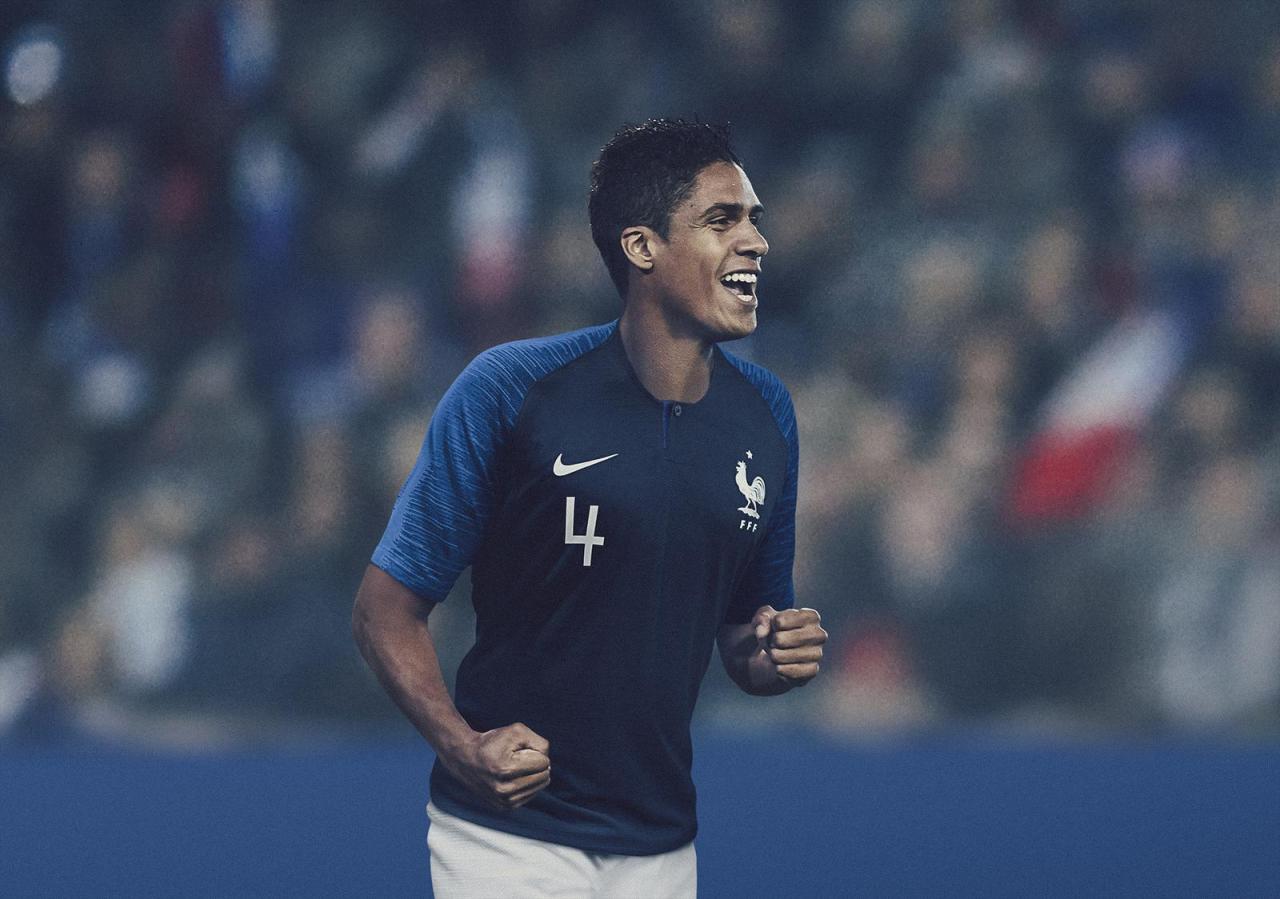 At first glance, the shirt appears plain white. However, close inspection reveals a subtle red and blue hyper-speckle knit through the body. The France away World Cup 2018 strip features a white shirt (with a red and blue pattern design), paired with dark blue shorts and white socks. 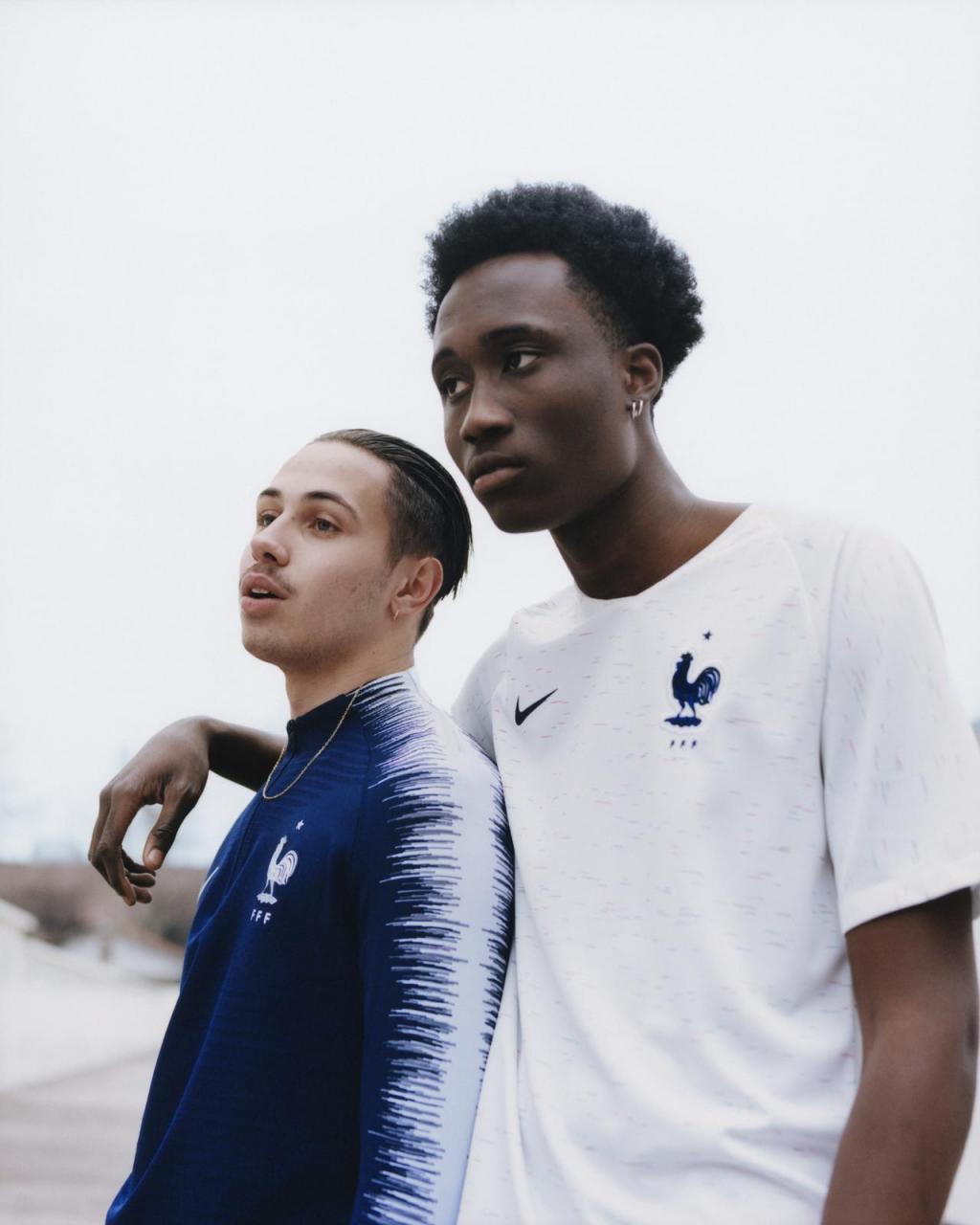 Both French World Cup 2018 tops will debut later this month in the national team’s friendlies.

It also carries the words “our differences unite us” in French.