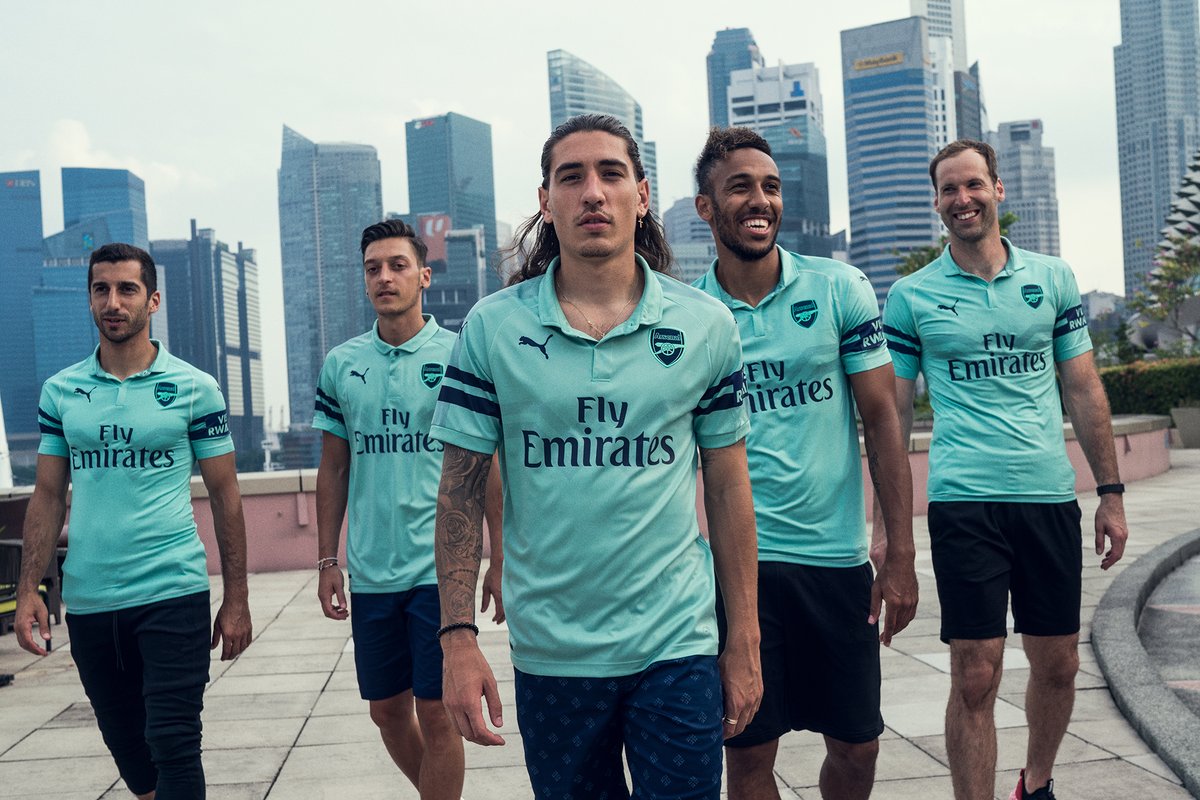 In line with Puma’s style this season, the Arsenal 2018-2019 third jersey has two dark blue stripes run around the lower sleeve. A traditional collar adds to the look of the new Arsenal Puma third kit for 18-19. 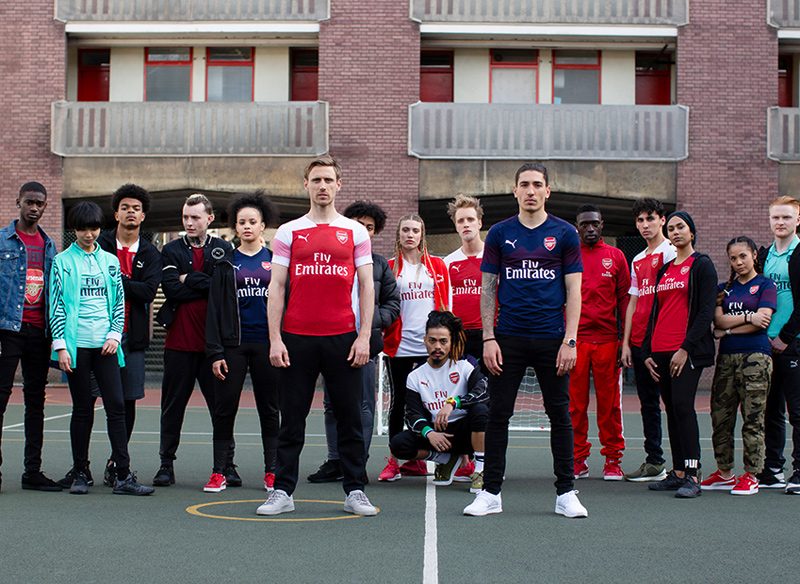 Shorts and socks in the same color as the jersey complete the Puma Arsenal 2018-2019 third kit, the latter featuring five navy hoops. 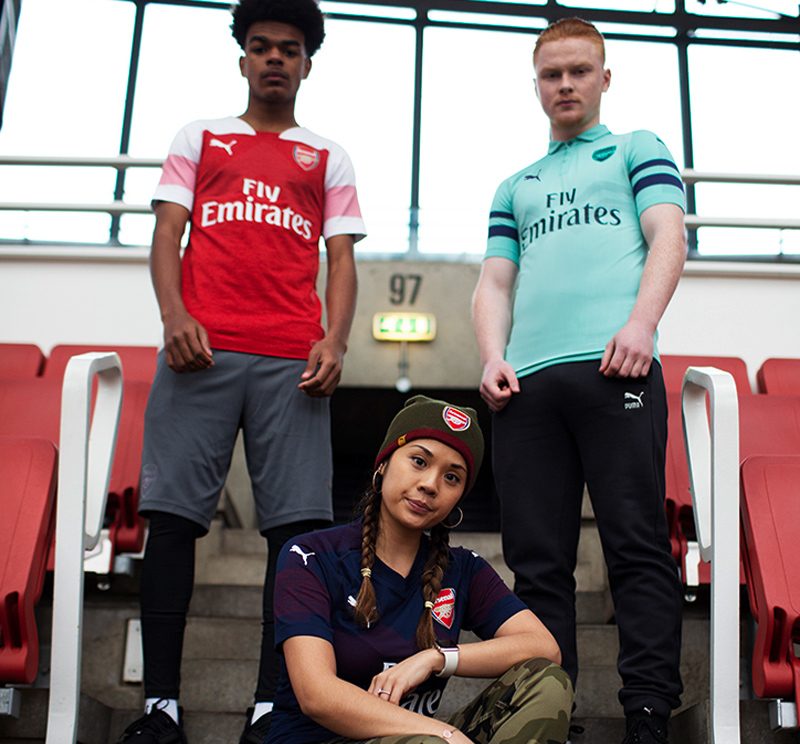 The new shirt features a ‘W’ engineered into the shirt. The ‘W’ represents the attacking part of the famous WM formation introduced in the 1930s by Arsenal legend Herbert Chapman and is directly linked to the ‘M’ graphic from the new away shirt.