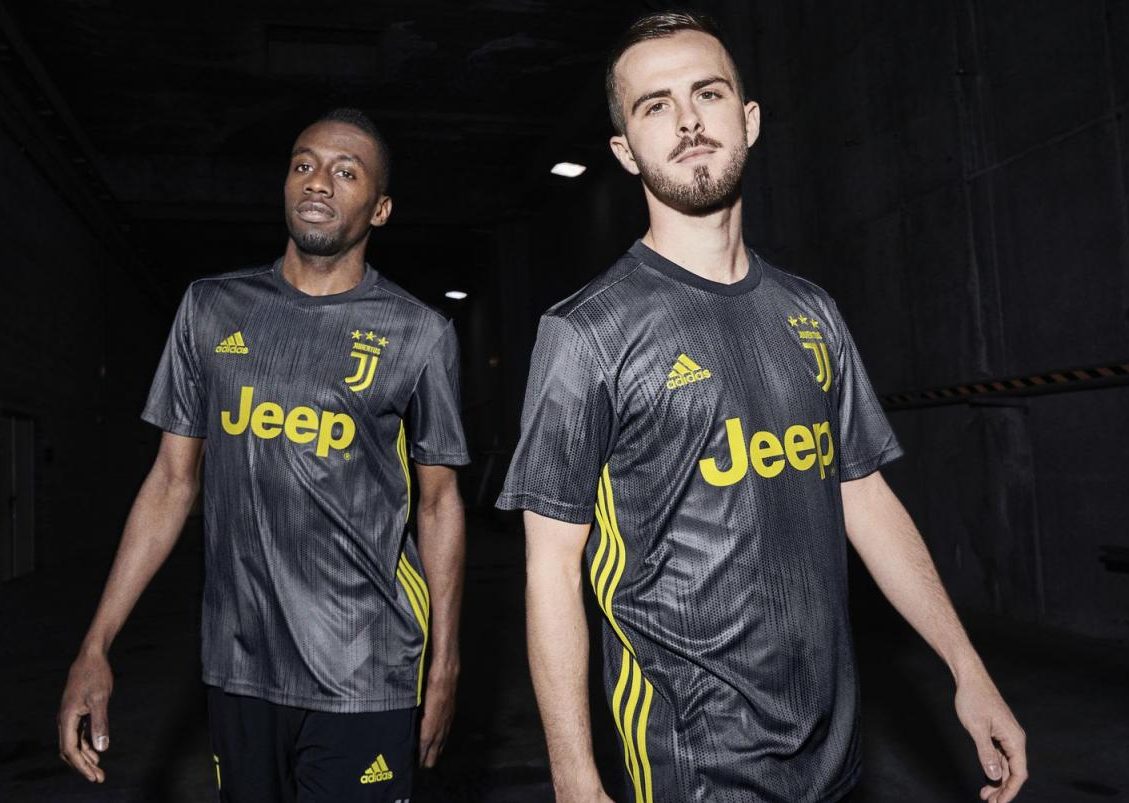 Released as part of Adidas’ ongoing collab with Parley, the Juventus 2018-2019 third jersey combines a dark base with fluo yellow trim. It’s made from recycled ocean waste. 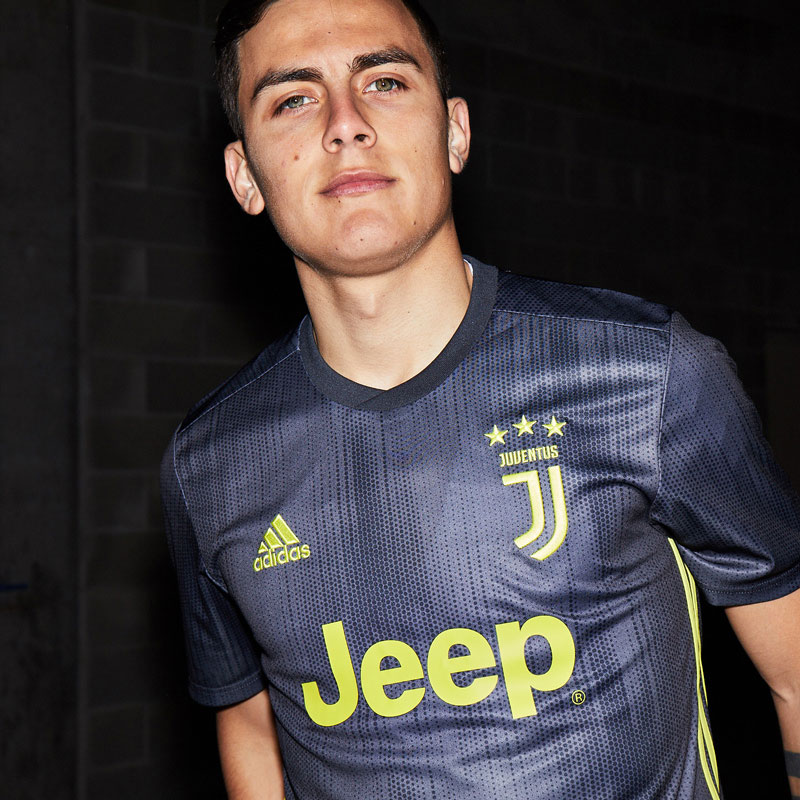 The new Juventus 2018-2019 third shirt is predominantly ‘Carbon’ with ‘Shock Yellow’ logos and s subtle graphic, based on the same template as the Manchester United and Real Madrid third kits. 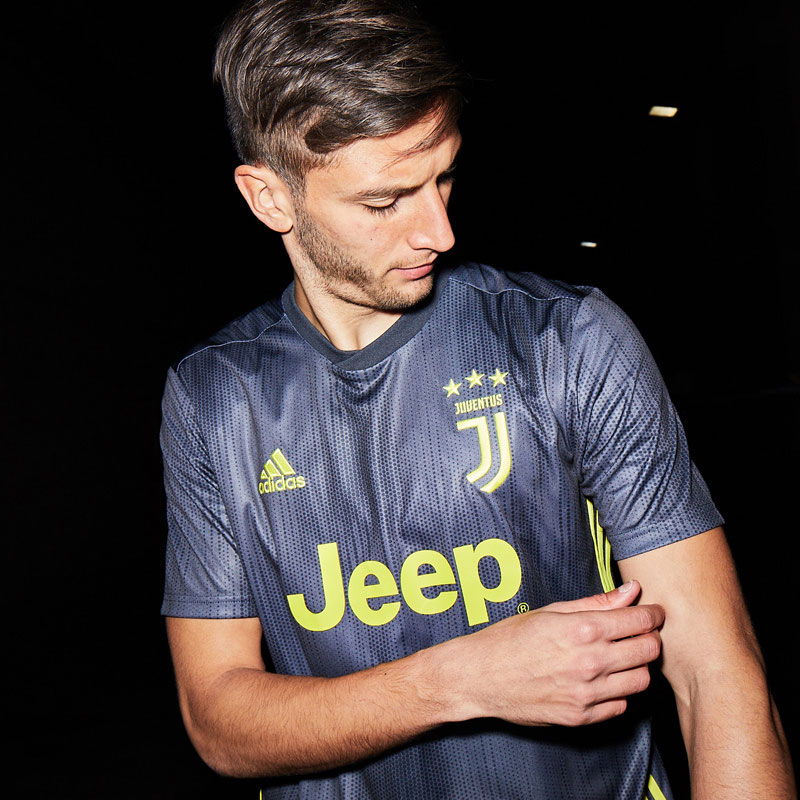 The 3 Stripes, also colored in the eye-catching bright yellow, run along the sides of the Juventus 2018-19 third jersey, which has a round overlap collar. Parley’s tag, ‘For the Oceans’ appears on the inside of said neck.